A warm house made cinnamon roll arrived after our mimosas, it had cream cheese frosting and a blackberry compote.  I would definitely order again as a starter or as dessert after our entrees.  I’ve never had a fruit compote on a cinnamon roll, but wow did it work. 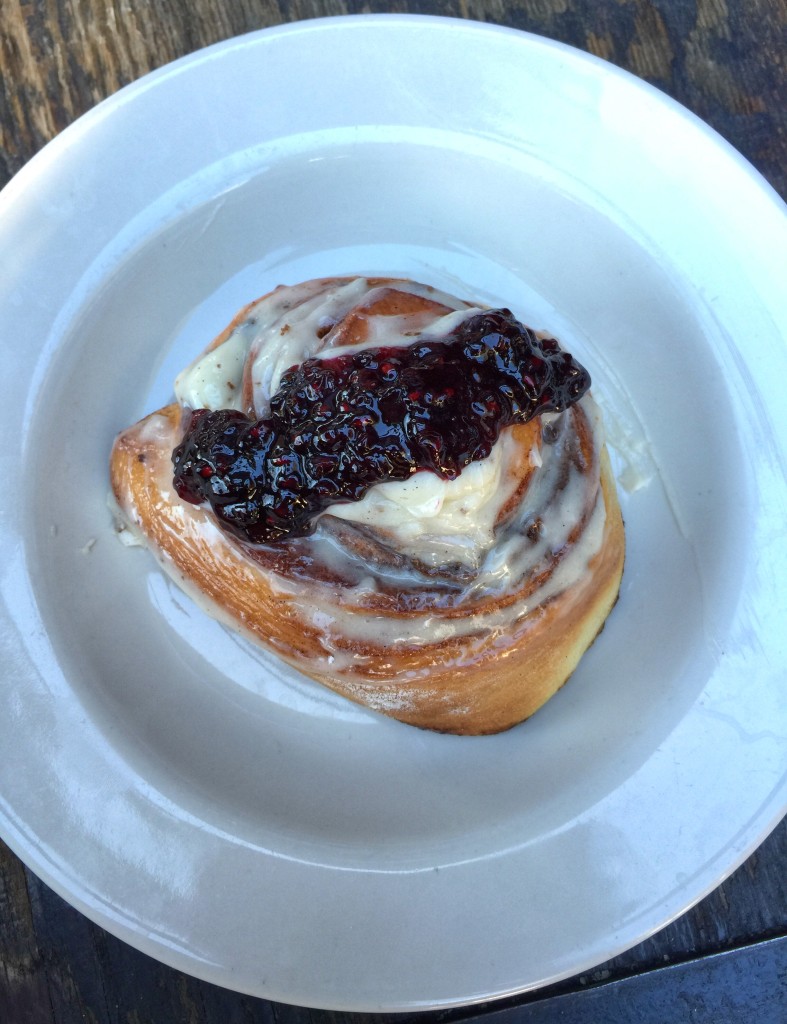 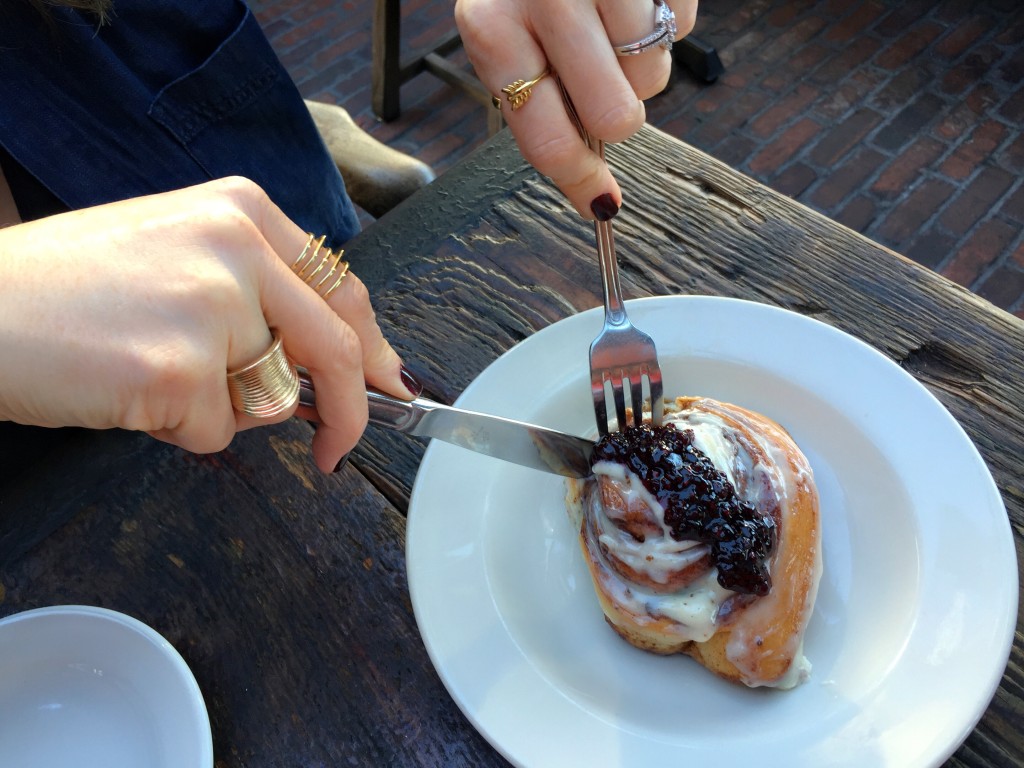 Digging into our cinnamon roll, brunch at Bankers Hill

There were quite a few entrees that enticed us both, but based on our servers recommendations  I ordered Smoked Beef Brisket Hash and my friend ordered Chicken Wiener Schnitzel. 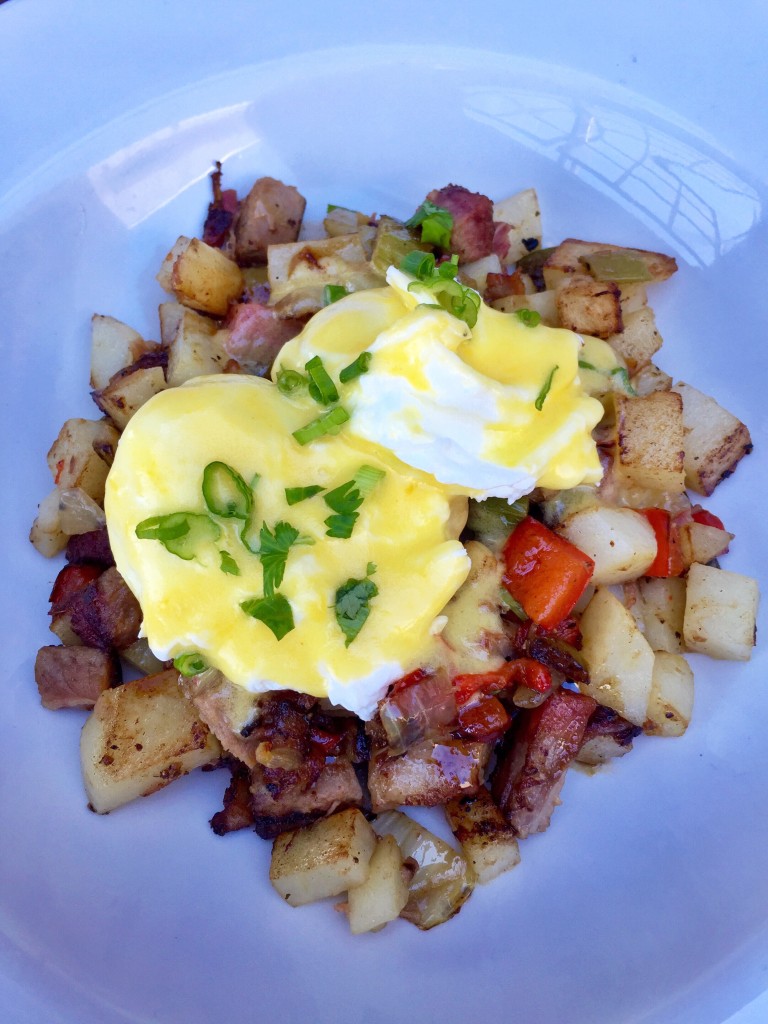 The Smoke Beef Brisket Hash was excellent.  It was your typical hash with potatoes, peppers, and onions, only it was kicked up from your standard hash with the big chunks of smoked beef brisket.  The brisket did not have an overwhelming smokey flavor, which I was pleased about.  The poached eggs and Hollandaise were great.  Perfectly poached!  The dish comes with salsa fresca that I asked for on the side because I am not a cilantro fan. 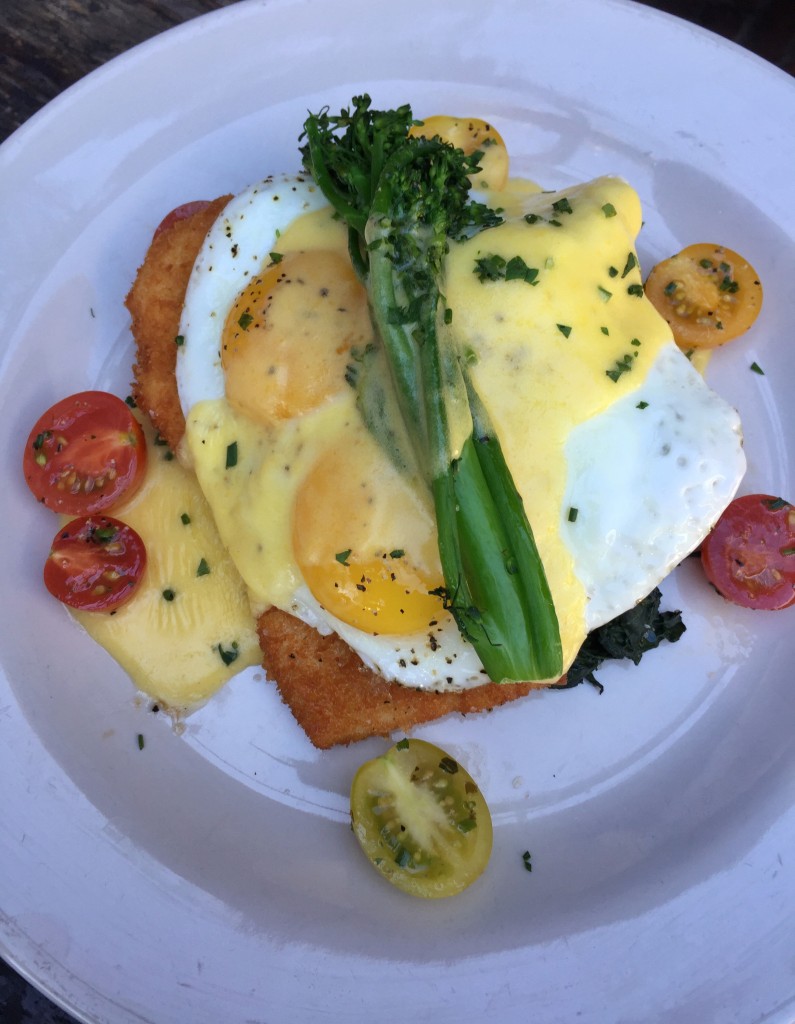 The Chicken Wiener Schnitzel, WHOA, WOW, YUM!  Usually I am not one to go for a chicken and egg dish, but this entree changed me.  The breading and chicken were cooked and crisped to perfection.  It was plated on a bed of spinach, with heirloom tomatoes, broccolini, two sunny side up eggs, and a Béarnaise Sauce.  The next time I am at Bankers Hill for brunch, I will be having the schnitzel for myself.  Thankfully, my friend was offering me lots of bites of her dish.  Our joke for the day became #theschnitzelistheschnitzel.  Ha!

Bankers Hill also offered a kid’s menu with quite a few options for the little ones.  My friend’s daughter ordered the brioche French toast.  Admittedly, we kept stealing bites of her French toast because it was pretty darn irrestible.  The whole restaurant was kid-friendly for brunch, which is something as a parent I always value when dining out with my kids.

1,035 thoughts on “Brunch at Bankers Hill Bar and Restaurant”