I wanted to share some of my favorite snacks from Cozy Cone Motel in Cars Land at Disney California Adventure Park. It is such a fun little spot for a snack pit stop! There are 5 giant cones that offer snacks such as “Route” beer floats, churro bites, pretzel bites, flavored popcorn, soft serve ice cream, and chili “cone” queso. In front of the cones is Sally’s Cozy Cone Motel lobby where you will find Lightening McQueen, Mater and Red from the movie Cars hanging out for photo opportunities.

Back to the snacks, the churro bites cannot be missed. They are served in a classic orange cone and come with a slightly spicy chocolate dipping sauce. We recently tried the Oreo Cookies N Cream churro, which was a chocolate churro filled with cream filling. Yum! 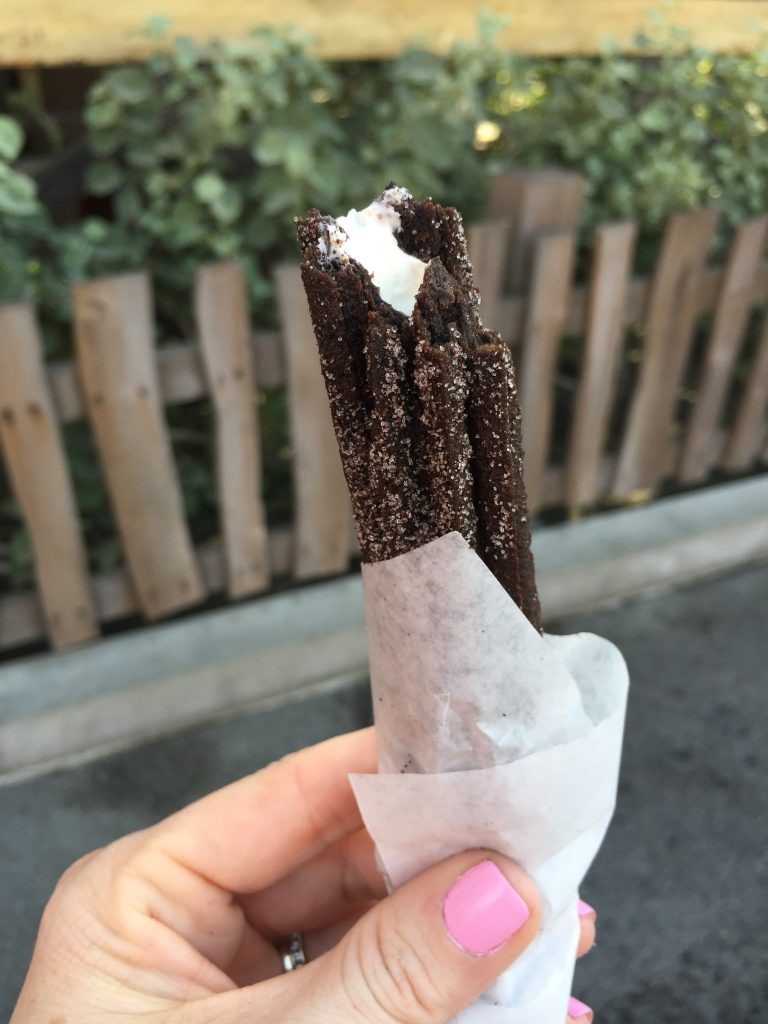 What is fun about the different cones, is they often have special treats they are offering for a limited time, such as the Cookies N Cream churro. At the Chili Cone they have a macaroni and cheese with bacon served in a bread cone. I hope it becomes a permanent snack!

For a limited time the Popcorn Cone had a fun Cheddar-Bacon popcorn served up in a orange cone. It tasted just like the classic cheddar popcorn we all know with a hint of bacon flavor. My bacon loving teen gave it two thumbs up. Although this popcorn has now been replaced with a dill pickle flavored popcorn that I will give a try on my next pit stop at Cars Land. 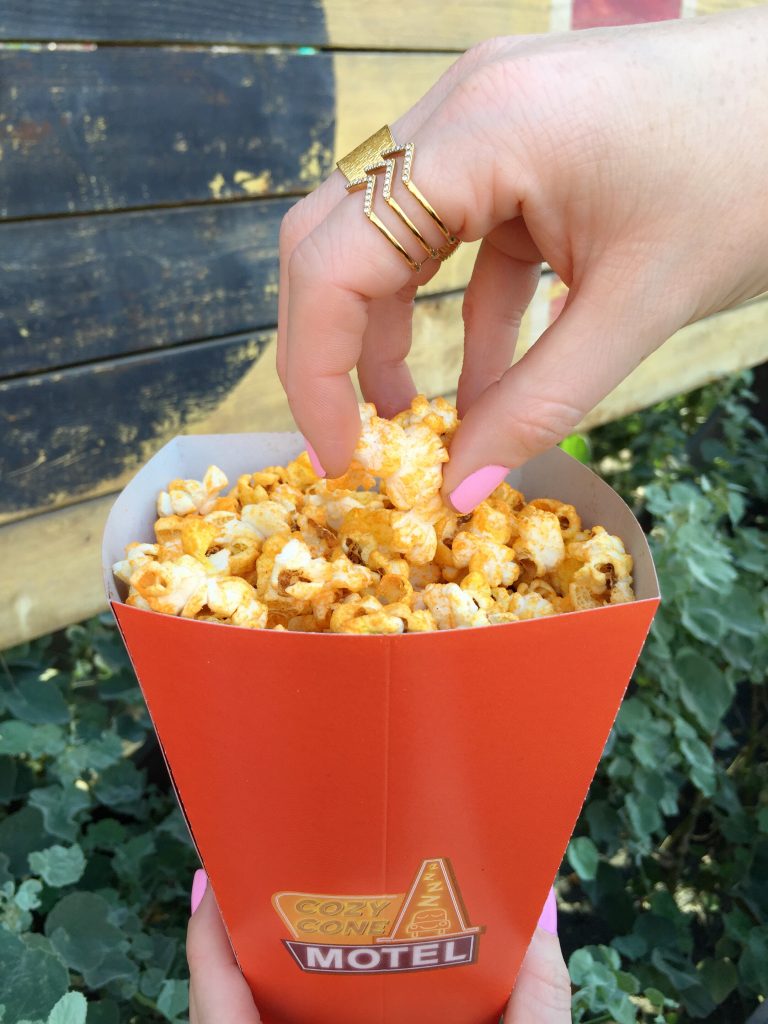 Last but not least, hands down my very favorite Cone is the Soft Serve Cone. They offer chocolate, vanilla and chocolate-vanilla twist served in an ice cream cone in either regular or large. They also offer a chocolate-dipped soft serve, which I love. My go-to is a regular vanilla chocolate-dipped cone.  Seriously, the BEST soft serve ice cream I have ever had!!! 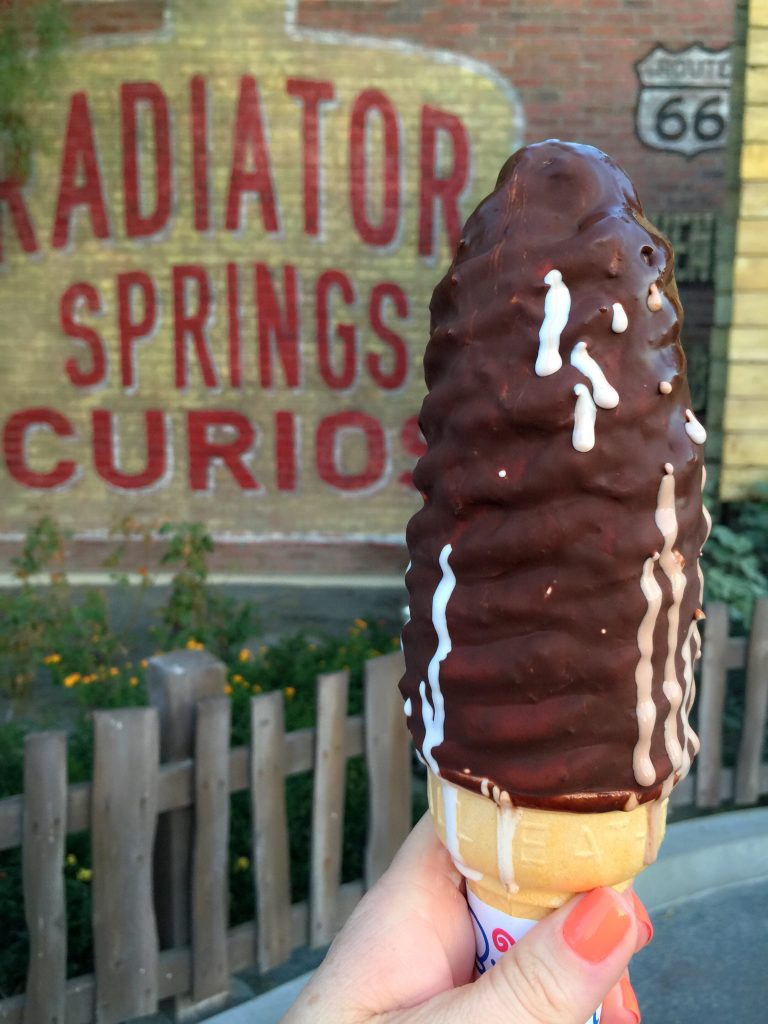 And one more soft serve cone, because why not…

Check out the menu for yourself, you will be ready to take a “brake” at the Cozy Cone Motel.